What is Acquia Flush Varnish? 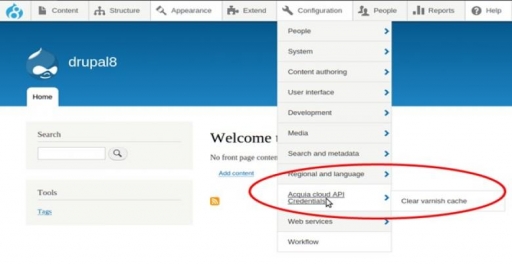 Acquia Flush Varnish provides a Drupal admin side interface to manually purge "Acquia Cloud" varnish cache. It also validates Acquia cloud credentials. We can flush varnish cache for each domain that we have. It uses the Acquia Cloud API functions for all the actions.

How is this Secure?

It uses custom CSRF token in Drupal 8 and Form API confirmation in Drupal 7 for clearing varnish cache. It also uses Drupal http request for all API calls. So it's not vulnerable to CSRF exploits and avoids security risk.

How did I get this idea?

This is one of the case encountered in Global Atlantic project. We got an  issue where taxonomy term updates were not reflected for anonymous user pages because of varnish cache. So we decided to create a Drupal admin side panel to purge Acquia varnish cache instead of the client having to be dependent on us to clear the cache every time. After analysing Acquia cloud API functions this module was implemented. It’s also very useful module for Drupal developers and non technical people as it saves developers time while implementation.

Steps to configure the module: 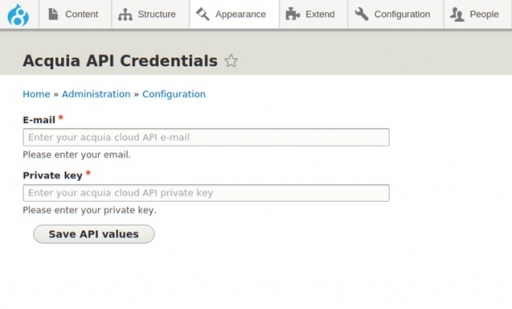 It shows a configuration form. In that form provide your Acquia API valid credentials.(Below I have enclosed how to get Acquia credentials)

Click “Save API Values”. It validates and displays confirmation message for your setup.

How to get Acquia credentials?

Login at https://accounts.acquia.com/account this URL using your Acquia account credentials. After login go to credentials tab. In credentials tab we have Acquia cloud API credentials (Email and Private Key) below "Cloud API".

What are the restrictions ?

It only works for Acquia hosted sites.