Who Uses Drupal? The answer may surprise you. (Part 1) 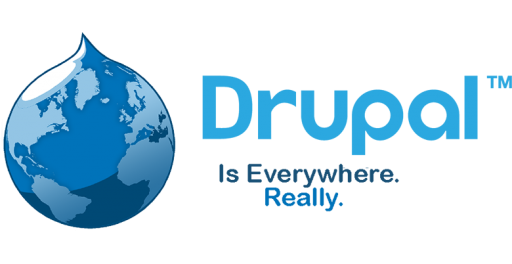 I get a lot of questions from clients, and frankly from my friends (who don’t understand what I do), about Drupal. Although a lot of people haven’t heard the Drupal name, everyone who has used the internet has, unknowingly, visited countless websites powered by Drupal. The list of entities that utilize Drupal to fuel their online presence is really quite impressive. There’s not nearly enough space for me to list them all here, so I’m just going to hit some of the highlights.

Drupal is the CMS (content management system) of choice for a significant number of governments and governmental departments across the globe. The French government, The Whitehouse, The Prime Minister of Australia, and The Greater London Authority are just of few of the major governing bodies that rely on Drupal for the internet presence, security, and functionality that they require. Many departments of governments, including the US House of Representatives Committee on Homeland Security and Qatar's Supreme Council of Information and Communication Technology are Drupal powered. This is clear evidence that Drupal is one of the most secure systems on which to build a website, even when money is no object.

Drupal and the Media

If you keep up with the news, or enjoy online magazines, chances are that you regularly visit sites powered by Drupal. Major newspapers like The Washington Post, The Economist, Fox News’ FoxNation, and the blog for the English version of Al Jazeera have chosen Drupal for their sites. Drupal is sensational for organizations that need to rapidly and fluidly update content around the clock. Another advantage is that even non-technical users can easily publish or update content from anywhere, anytime. The demands of today’s 24/7 news cycle can be easily managed with the robust, intuitive, Drupal dashboard; allowing media companies to serve up fresh content on demand.

Large scale enterprise sites favor Drupal for a variety of uses; global pharmaceutical giant Johnson & Johnson’s career site,  the main site of Silicon Valley-based Tesla Motors, the SodaStream home carbonation system e-commerce site, and financial services colossus American Express Belgian site are all Drupal sites. Due to its infinite scalability, Drupal is a natural choice to serve enterprise level corporations, as well as businesses that aspire to become giants in their own industry.

Stay tuned for our next installment of “Who Uses Drupal?” for more great, well known, websites that are powered by Drupal.

If you would like to join the pantheon of companies that are already utilizing Drupal to enhance their customer relationships, brand recognition, and ROI contact one of our Geeks today.